The origin of the development of bamboo brooms

The broom is now commonly known as the broom. It is a very common cleaning tool in the streets and alleys. The existence of brooms is also indispensable for household cleaning. Because this product is widely used in everyone’s daily life, it is not unfamiliar at home. . When I was young, I often saw grandparents using brooms to sweep the floor. The age can be said to be very long. Indeed, to talk about the origin of the development of bamboo brooms, it has to be said a long time ago. The following editor will take you to understand the origin of the development of bamboo brooms.

As early as four thousand years ago, in the Xia Dynasty, a man named Shaokang accidentally saw an injured pheasant dragging his body and crawling forward. There was much less dust in the place where he crawled. He thought that this must be the function of chicken feathers, so he grabbed a few pheasants and plucked their feathers to make the first broom. This is also the origin of the feather duster. Because the chicken feathers used were too soft and were not resistant to wear, Shaokang replaced bamboo strips and grass as raw materials and transformed the duster into a durable broom.

In Europe, Asia, and most parts of the world, a broom made of sorghum stalks is widely used. US President Franklin advocated the cultivation of sorghum in order to develop agriculture, so sorghum was planted throughout the United States. One day, an old farmer in Hadley needed a new broom. He chopped some sorghum stalks and tied one with a rope. It was durable and easy to use. So everyone rushed to imitate and started using sorghum brooms, which made the United States flourish. Sorghum broom manufacturing. Until now, the broom is still in use. 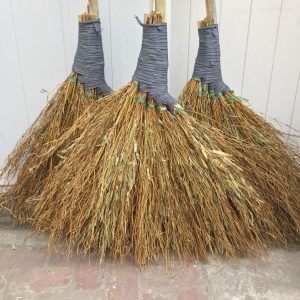 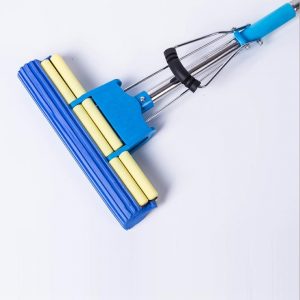